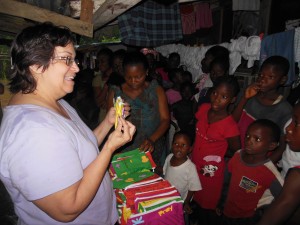 Kim’s initial ministry training and experience was with Young Life where she served as a volunteer leader. She and her husband Brian volunteered for six years, leading Young Life in Ridley and Interboro High Schools. Together they planned and ran club meetings and conducted weekly instructional classes for kids. They also took a busload of high school kids on a ten hour ride to camp in the Adirondack Mountains of New York state each year. This venture necessitated their participation in fund raising for those kids who otherwise would not be able to attend due to financial limitations.

During her time in Liberia, as she taught classes and gatherings  of teachers, principals, and community leaders, Kim began to understand how her pastoral and leadership skills could be used in training, inspiring, and comforting others even in a cross-cultural situation. With these field insights gained, Kim continues to draw upon her wealth of wisdom and experience as she helps to guide Compassion Corps while serving on our Board of Directors. 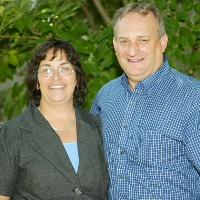 Kim and her husband, Brian, have been married for 33 years. They have 5 children – 4 young adult sons, and one teenage daughter. They also delight in their 3 grandchildren. They have lived in Honey Brook, PA, for about 20 years. Kim’s husband, Brian, works as a Production Manager in a business in Lititz, Pa.

In light of the COVID-19 crisis, our anticipated 2022 short-term trips have been postponed, but we are excited to look forward to seeing you at some alternative domestic events. Please stay connected with us through Facebook or email us at [email protected] for ideas as to how you still may be able to help serve our African partners right from your home in the coming year!
Farotech: A Philadelphia Web Design Company