A Holiday of Hunger, Healing & Hope0

The phone conversation started with my daughter asking, “How was your July 4th in Liberia?” How could I explain? Would she even understand? I took a deep breath and began to tell her the story of my day… 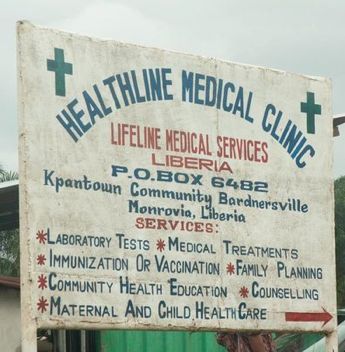 The CC team had spent the 4th of July conducting a community fun day at the Healthline Clinic in Monrovia, Liberia. Like any other day in Liberia, it started with an early rise and a bumpy car ride. But when we arrived at the clinic, we knew this day was going to be a little different. This was the day we would celebrate an important milestone for the clinic and the entire community. A ribbon cutting ceremony had been planned to dedicate a brand new well and pump, made possible by the Wheels For Wells branch of Compassion Corps.

When the ceremony was complete, it was time to get to work. The crowd of over 300 people were waiting patiently to be seen at the free clinic. WOW! So the CC team immediately went into entertainment mode; there was singing and telling stories, magic tricks, juggling, puppets and games! Some worked in the clinic taking vitals and some worked in the pharmacy filling the various prescriptions. The rest played with children and that was my assignment: kids.

So, I spent the morning of July 4th blowing bubbles. I went through three bottles of bubbles. Even though the little children, the big children and the adults were all amazed at the sight of the bubbles, this was a simple task. So, how was I feeling? Honestly, a little hurt. I mean, I have a B.S. in education, an M.S. in special education, my first aid certificate is current and I was excited to work in the clinic that day, but it turned out that God had other plans. I began to feel a little self righteous. After all, there I was – a highly educated person – blowing bubbles all morning. I must say, I tried to do it happily and “as unto the Lord” (as Colossians 3:23 tells us to do), but….there are only so many bubbles one can blow. I felt that job had exhausted itself and I began walking around looking for the next task.

That’s when my 4th of July took an interesting turn. I suddenly felt this little tiny hand slip into mine. I looked down into the eyes of Mabel (pronounced “May Belle”). She was a little child, I assumed maybe three or four. She looked confused and lost, so we began to search for her mother. It did not take me long to learn she was an orpha 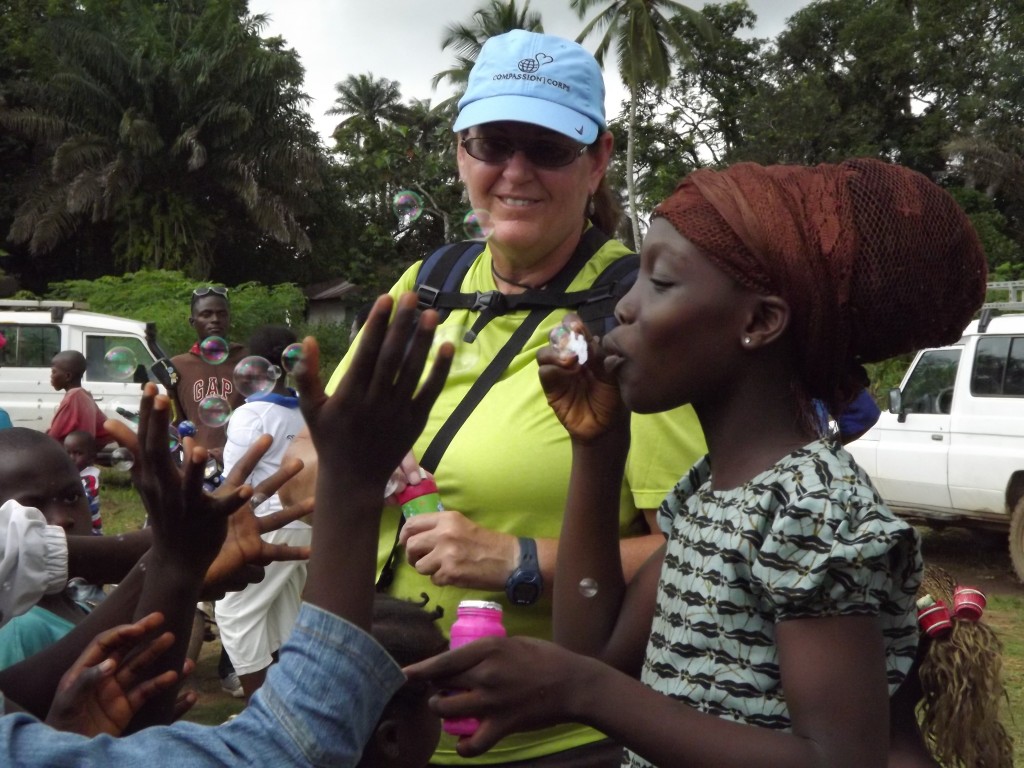 n and so I decided that we needed to get her a number so she could be seen by the doctor. I picked her up to help her get in line and that’s when my day – and my life – really changed. She was burning with fever. I bypassed the line and took her to the director, who had her immediately seen by the doctor. This is what I learned: Mabel was six years old and weighed less than 30 pounds. She was starving.

I sent someone for nourishment. Just $1.00 worth of milk and bread would be like a feast to her.  She gulped the milk down and was eating the cake happily, but as other hungry children were gathering around and asking for some of this starving child’s cake, she, little 6 year old, 28 pound starving Mabel, shared her bread with them without hesitation. WOW!  Soon after, I also found out that Mabel was not just starving, she had malaria as well. So it was off with the clothes, into a cool bath, and then down onto a clean bed. There was no one else available to give her one-on-one care, so I stayed with her. When they brought the shots in, I held her and soothed her. I prayed for her.  And when they brought pills for her to swallow, I helped her get them down, just like I used to do for my own children.

She cried, I sang, we cuddled, she slept, I wept. Not because she had malaria; there is a cure for malaria. I cried because she was starving and the only cure for that is food and in her world- the world of a Liberian orphan- there is a shortage of food. So I bought her another can of milk, gave her a little doll, a lollipop, a hug, and sent her back into her world. No fireworks, no sparklers, no BBQ.  But I had found a job for myself that day and it turned out to be an experience I’ll never forget. It was a memorable and meaningful 4th of July and my freedom and the many blessings that come with being an American have never meant more to me than they did on that day.