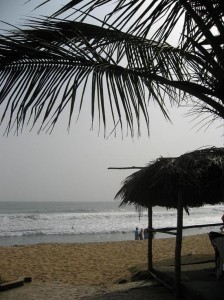 Liberia, known as the land of the free, was founded by freed slaves that had come from America. The country endured two decades of civil war and has made great progress toward recovery since the war ended ten years ago, under the strong leadership of their president. It is the effect on Liberia’s people as rebuilding takes place – or doesn’t take place – that has caught the attention of Compassion Corps.

Liberia declared itself an independent republic in 1847. Their constitution and declaration of independence are based on those of the United States. Civil war broke out in 1989 and unrest has persisted until recently under the influence of different leaders and rebel groups. Liberians fled to other countries as they saw fellow countrymen indiscriminately and ruthlessly killed and raped. Peace has finally come, but it continues to be a fragile one. Liberia is considered to be a Christian nation, with over 50% adhering to the faith, and a great weight of responsibility for compassionate action rests upon the shoulders of the indigenous Liberian Church.

Compassion Corps has been partnering with several schools and churches in the capital city of Monrovia, and also with Trumpet Baptist Church which is located 5 hours to the north, in Ganta, Nimba County. All are laboring to serve their communities through ministries of compassion for youth and their families. Along with community development projects (such as installing wells and water systems, building clinics, and kickstarting agriculture projects), CC is helping a number of schools by raising funds for student scholarships, sending barrels of resources, and holding teacher training workshops for young teachers who have had basically only a high school education. Great medical needs have been addressed through sending medical workers to assist in clinics and to provide professional and community health classes.

Short-term teams will sit mesmerized as Liberians share their stories of survival and hope during the dark years of the fighting. Their joy and enduring hope is contagious and will inspire partners to labor alongside them in restoring education, improving health care, and stimulating economic and holistic development.