Making Time for Compassion at our Golf Outing & Banquet0

Posted In Stories from the Corps

All of us are busy. Church and school-related and charitable benefit events increasingly fill up our calendars, so much so that we have to plan months in advance for that date night or sanity-maintaining getaway. Helping out another nonprofit is just never very convenient. So why would 150 people carve out precious time to attend the annual Compassion Corps (CC) Cup of Compassion Banquet? 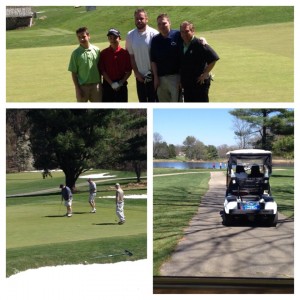 Over a third of them were there this past Easter Monday because they participated in CC’s golf outing that day…getting the opportunity to golf on a private, championship-caliber golf course, knowing that while they enjoyed the fresh air and sunshine, the funds would go to a good cause. Some absolutely love silent auctions, and this one was chock full of great deals on event tickets, vacations, jewelry, artwork, and creative theme baskets. Some look forward every year to purchasing handcrafts brought back from Africa in order to help support CC’s indigenous partners. And some were eager for an update on CC’s exciting new venture: Cup of Compassion Coffee. All who came were treated to a delicious meal in lovely surroundings, a nice assortment of activities, and an inspiring program put together by the CC staff. But there is something deeper that draws us out of our busy-ness & binds our hearts in a “coalition of concern.” 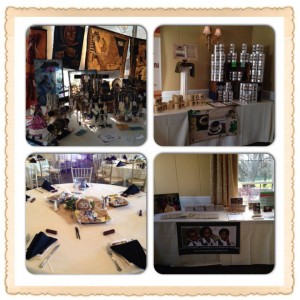 Jacqui Hickey, an assistant principal at Valley Forge Middle School and a volunteer CC staff member, served again this year as emcee of the event. The introductory segment of the program highlighted CC’s Student Sponsorship program and featured a 45-second video commercial which had been prepared by Chichester HS students. The students, who also volunteered all day at the event, had made the video in order to enter it in into a competition at school. 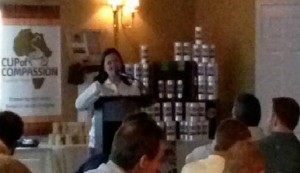 Then CC’s Executive Director, Jan Bean, shared an update on significant field and funding accomplishments of the past year, and transitioned into an informative session concerning the new coffee products. A second video was shown which chronicled the fascinating story of Cup of Compassion coffee, from bush to buyer. (You can see the video, yourself, below):

The new Liberian coffee blend, Promise Perk, was introduced and made available for purchase alongside CC’s Justice Java at the event.

Marketing Director, Chris Carr, followed up by challenging guests to become “Traders”…not settling to let status quo poverty, hunger, thirst, illiteracy, and disease remain the norm in the African communities in which CC works, but instead, “trading” their talents and resources and personal time to help solve the world’s biggest challenges. His words were especially compelling as Chris shared what he, himself, was able to do with less than 20 cyclists who, while cycling over just a total of ten days, raised over $30,000 to put clean water in many of CC partner communities. As he concluded, Chris projected on the screen a visual of the new Cup of Compassion website which he has just designed. All were asked to trade drinking their ordinary coffee for drinking coffee with a cause: helping both to revive the Liberian coffee industry and to help fund CC’s worthy projects. (Needless to say, dozens of containers of coffee were sold that night!)

Jacqui then closed the program, reminding guests of opportunities to sign up for short-term teams, sponsor a child’s education, order coffee, or contribute small change to CC’s Buy a Brick campaign. As last-minute shoppers hurried to buy up a few more handcrafts, the 25+ CC staff and board members in attendance savored the encouragement brought to them by so many approving donors and event sponsors.

It is reassuring to know that others are with you in the trenches of sacrificial, compassionate service, which, as Chris stated, is never convenient, but which we must be willing to do. This celebratory evening of fundraising and fellowship was like a stimulating cup of coffee for the spirits of CC’s many volunteers – those who are willing to be inconvenienced – provoking them onward toward even greater steps of faith and purposeful service for the benefit of countless others in Africa’s most desperate places.