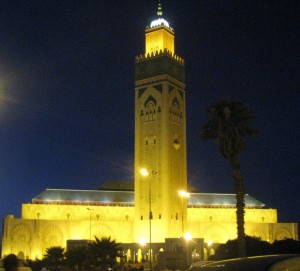 Situated on the northwestern corner of Africa where the Mediterranean Sea meets the Atlantic Ocean, Morocco’s name, in fact, comes from an Arabic phrase Maghreb al-Aksa, meaning “The Land of the Furthest West.” Being the closest African country to Europe and to the US, Morocco serves as a doorway to the continent, with Casablanca the usual hub of Compassion Corps’ short-term adventures.

Morocco is officially a kingdom, whose current – very popular – king, Mohammed VI, is known for his progressive steps toward political, economic and social reform. The country is 99.99% Muslim, and Sunni Islam is the state religion. Although the Moroccan government maintains strict efforts to keep the state religion as that of its citizens, foreigners may worship freely in their respective communities and have, for the most part, been welcomed to carry out humanitarian efforts.

Areas in which CC has been invited to partner have included efforts to help children at risk in orphanages and youth centers, and in places which help children with special needs. Activities have ranged from youth camps to birthday parties and medical care. Compassion Corps also has invested time, funds, and resources toward helping to develop vocational training for women, and in promoting village and project adoptions which have permitted economic development in regions of great need.

Short-term teams delight in the “Arabian Nights” flavor of the old, imperial cities which they visit and inevitably marvel at the contrast of donkeys and souks amidst the rapidly modernizing Moroccan society. Unforgettable moments shared while sipping mint tea with charming Berber families leaves the visitor yearning for their tranquil pace of life and longing for more of their refreshingly genuine hospitality.

Stay posted for more details about the next opportunity to travel to Morocco with Compassion Corps!