The Water Crisis & A Story of Hope0

As you read this, 1 billion people around the globe still do not have access to any source of improved drinking water. In other words, they are fetching and drinking surface water from contaminated streams and rivers…and they are suffering the consequences. (The following statistics are courtesy of The World Health Organization, The United Nations Water Initiative, and One.org)

In the developing world, 1.6 million people die every year from preventable diseases attributable to lack of access to safe drinking water and basic sanitation…Sadly, 90% of these are children under 5. Millions more are infected with Hepatitis, worms and diseases causing blindness.

1.6 million people die every year from preventable diseases attributable to lack of access to safe drinking water – 90% of those deaths are in children under 5.

Across the continent of Africa, 115 people die every hour from diseases linked to contaminated water. And Sub-Saharan Africa faces some of the world’s worst statistics. 330 million people in the region still lack access to clean water. And the impact of this tragedy is far reaching.  In an area of the world where health risks are already overwhelming, simply treating severe diarrhea caused by contaminated water consumes a whopping 12 percent of the health budget. On a typical day, more than half of the available 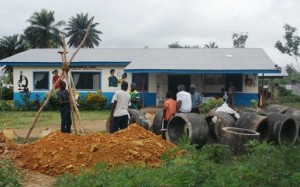 And the impact doesn’t end there. Approximately 40 billion working hours are spent collecting water each year in Africa – that’s comparable to a year’s worth of labor for the entire workforce of France! Women in the developing world walk an average of 4 miles each day to collect water. That’s time that could be spent in school or generating income for their families. And studies show that more than half of girls who drop out of primary school in sub-Saharan Africa do so because of a lack of access to safe water. It can be overwhelming to truly try to conceptualize the far-reaching impa 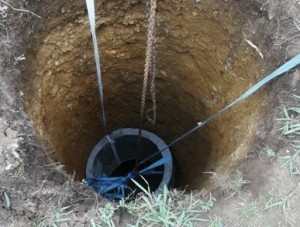 ct of the water crisis. On the other hand, it can be equally as exciting to be part of the solution and to witness the hope that is generated by a simple access to a basic resource – clean water…

Healthline Clinic is located in Barnersville, Liberia, an impoverished suburb of Monrovia, where people living in crowded conditions do not have access to piped water. Despite this difficult environment and the devastating lack of basic resources, the clinic has been a light in the community. Its manager, Tage Swallie is also a local pastor. He and his wife, who is a nurse midwife, run the clinic, which services thousands of patients each year.  Compassion Corps has been able to help them with some construction materials and supplies, and they have been able to sufficiently provide pediatric and maternal care to the needy members of their community. 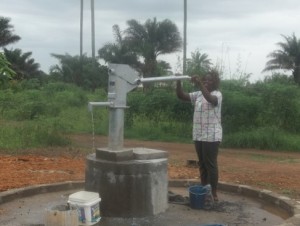 The clinic has been operating without on-site water for many years…but now, thanks to the fundraising work of the cyclists of last summer’s Wheels for Wells event (and the wonderful donors who supported them), this clinic will now have ready access to water for cleaning, washing, & drinking purposes! Compassion Corps is excited to announce the installation of the well and pump funded by last year’s bike ride! Tage Swallie is thrilled at the new hope and possibilities that clean water will offer not only his clinic and its patients, but to the members of the surrounding community, who will have free access to the well during certain open public hours.

As of June 1st, the new well installation was completed! A Compassion Corps short-term team will be in Liberia in early July to observe the use and impact of the well and to help Healthlin 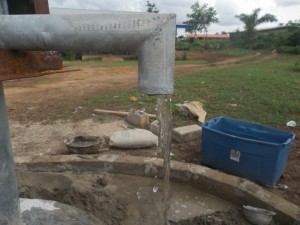 e put on a community outreach clinic. Clean water will no doubt prove to be very helpful!