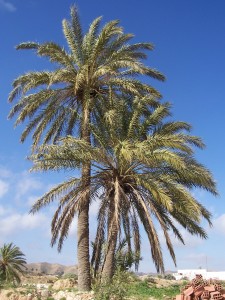 Tunisia, at northern the tip of Africa and bordering on the Mediterranean Sea, has been inhabited by many of the greatest empires throughout history. It is a melting pot of many civilizations and it is a more Westernized country in many respects. The gap between rich and poor is significant as unemployment is high. It is the needs of the poor and disenfranchised in this nation which has caught the attention of Compassion Corps.

Tunisia proclaimed its independence from France in 1956 and became an independent republic in 1957. Tunisia is 98% Muslim and Islam is the state religion. Desiring to maintain a stable and welcoming environment for its thriving tourism industry, Tunisian government keeps close tabs on religion, politics, and media, fearing that over-zealous behavior of any faction might upset the peace. In light of this, those who would extend love to those in great need are learning to do this through creative and sacrificial avenues of compassion.

Compassion Corps has been invited to partner with grassroots efforts in and around two major cities. Our team has had an increasing interest and opportunity to work with special needs’ children through dance, music, and games and to provide specialized training from physical and occupational therapists. This is the approach that will be taken to sow seeds of remarkable love that are sure to find root in the hearts of many. Compassion Corps is also helping poor children in the city to go to school by providing the fees and supplies for which their families cannot pay. And the opportunity to help elderly, stroke, and accident victims get basic necessities and live out their lives with dignity is also on the CC agenda.

Short-term teams will love exploring the ancient ruins of Carthage and marveling at the mosaics of the famed Bardo museum. Side trips to lovely palm oases and desert caves where Star Wars was filmed make a compassionate trip to Tunisia a most memorable adventure.

In light of the COVID-19 crisis, our anticipated 2022 short-term trips have been postponed, but we are excited to look forward to seeing you at some alternative domestic events. Please stay connected with us through Facebook or email us at [email protected] for ideas as to how you still may be able to help serve our African partners right from your home in the coming year!
Farotech: A Philadelphia Web Design Company